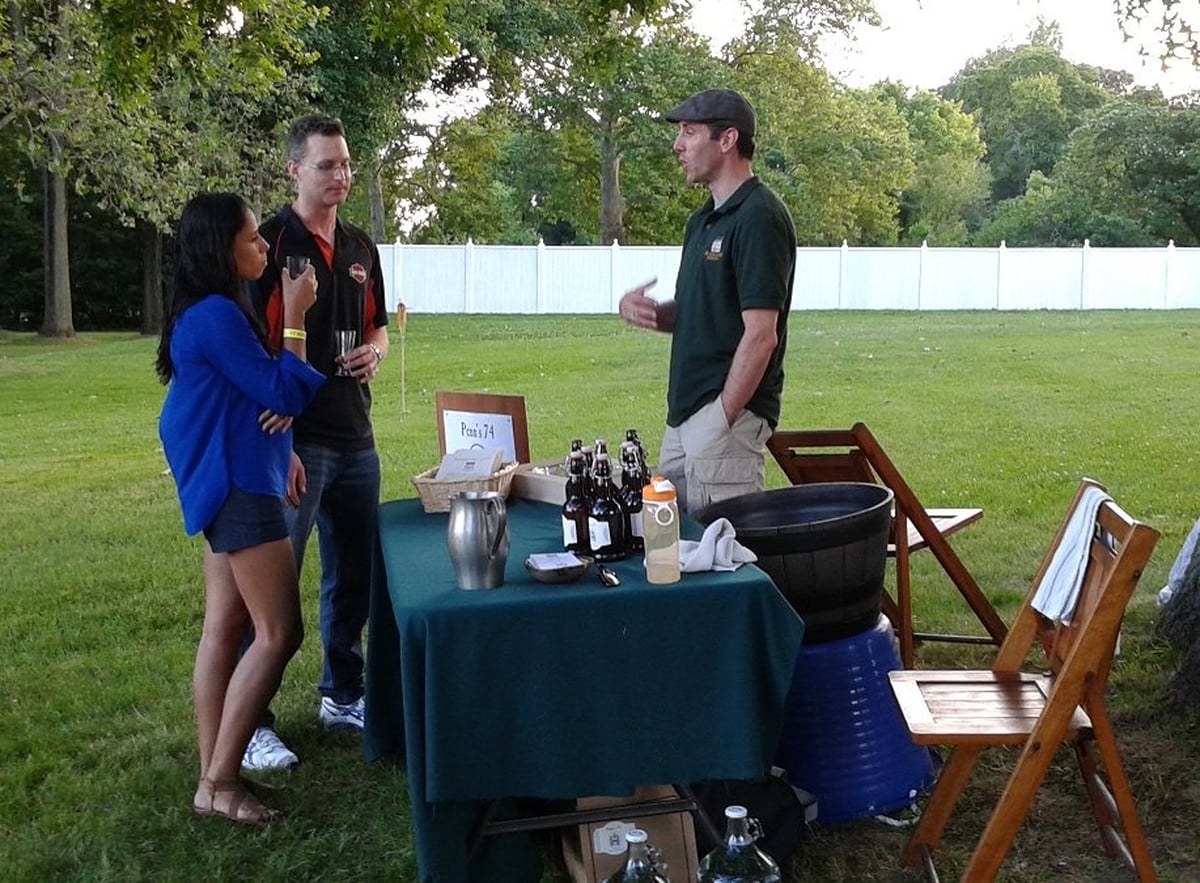 There are plenty of compelling reasons to join the PA Cider Guild, but chief among them is the chance to be part of a growing, vibrant community. A Guild membership means that you’re in the same league with other movers and shakers across the Pennsylvania cider scene (and beyond!), including member cideries, Associate members and Enthusiast members.

Associate members are generally small businesses and organizations that are involved or adjacent to the industry in some capacity. Here, we’d like to introduce you one of our longtime Associate members, Pommel Cyder.

Pommel Cyder is the project of Mark Turdo, a cider enthusiast who has been undertaking “adventures in cider research and experiments in cider making” since 2012. Mark’s day job is as a history museum curator (how cool is that?), so you can bet he’s careful, thorough and deeply curious in his research. He brings his findings to audiences far and wide with his Cider History Roadshow presentations.

Turdo first discovered heritage cider in 2002 when he and his then-girlfriend (now wife), Jane Coughlin, were vacationing in Vermont and came across a bottle shop with a refrigerator stocked with cider.

“We bought a Farnum Hill cider. I can’t recall which one, but it was dry and still and and came in a champagne bottle,” he remembered. “This was not like any cider I’d had before. I remember sitting on the shore of Lake Champlain trying it, and realizing there’s more to cider than sweetness and bubbles.”

After a decade of exploring the burgeoning U.S. craft cider industry, Mark decided to try making cider at home.

“I come from a living history (reenacting) background, where we recreate historical objects, spaces and experiences to try to ‘walk a mile in their shoes,’” he said. “Cider today, even traditional cider, is made differently than it was historically, which means it tastes different. I’m trying to recapture the process and, thus, their cider. I’m trying to make every bottle a time machine.”

To do this, Mark uses only wild yeast and no preservatives. Although he admits that this might sound like a recipe for disaster to some cider makers, his experiments have resulted in true vintages and ciders that improve with age. His biggest challenge in recreating cider is finding the right historic apple varieties.

“The resurgence of cider in America means many of those apples are being replanted, but not every orchard has planted them … yet,” he noted.

Mark — who is originally from the Lehigh Valley, but now lives in Lansdale and works in Philadelphia — found the PA Cider Guild online just as it was organizing. At the time, he was working as a guest cider maker at Blackledge Winery in Center Valley, Pennsylvania. He became a supporter in 2014 and upgraded to an Associate member in 2017.

“Since I’m more than an Enthusiast, but not a cidery owner, it’s great to see that the Guild offers a membership level, which makes me feel like I have a recognized place at the table,” he said.

Mark has added an important historical perspective to our annual PA Cider Fest with a talk titled, “Cider: Pennsylvania’s Once (and Future?) Favorite.” In this lecture, he covers more than three centuries of Pennsylvania cider history, and ends with highlighting the Guild. He’s also worked with us to create the PA cider history timeline for the Guild’s website.

With Mark’s grasp of cider’s long and rich history, we were curious to know what he makes of the modern state of cider, and he had this to say:

“Modern cider is in that wonderful place of discovery. Because of cider’s long history, that sometimes means rediscovery. As cider makers expand their ranges to meet maturing audiences’ demands, I think we’re going to see more dry, still and wild yeast-fermented ciders, similar to the ones early Pennsylvanians made, alongside some very innovative ciders.”

Cheers to Mark Turdo of Pommel Cyder for doing important work and for supporting our local cider community! Check out his website for more information.

If you think your organization or business could benefit from being part of our community, consider joining at the Associate member level.